Book Review: FAITH OF A CHILD: The Autobiography of Patti Boulaye 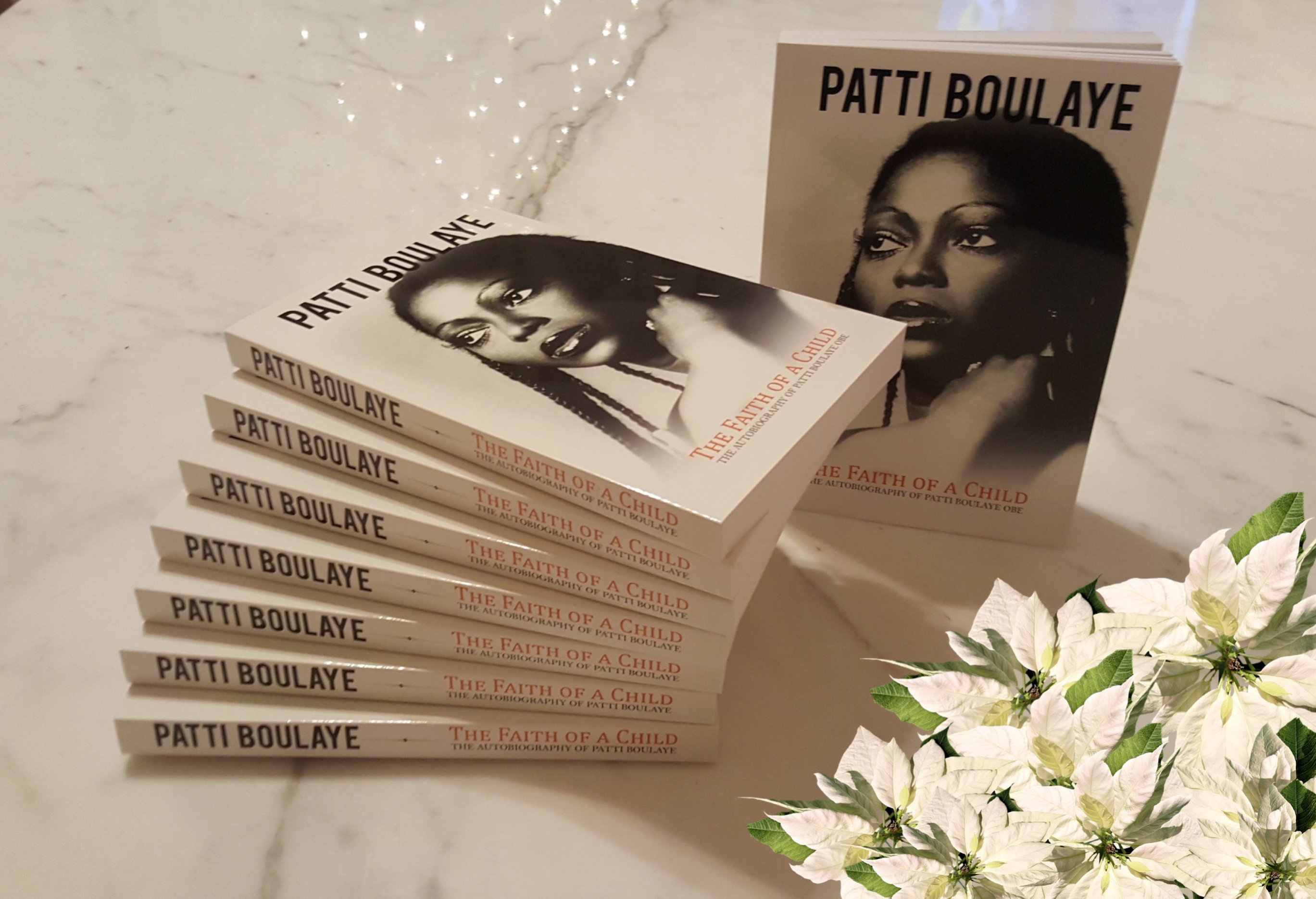 Singer, actress, artist and charity founder, Patti Boulaye OBE (born Patricia Ngozi Ebigwei) is a known name and familiar face to millions around the world. One of the eight children in her family, she had moved to the United Kingdom aged 16, with the aim of becoming a nun. Famous for her singing and stage career, she is also into modelling (the face of Lux beauty soap for 29 years) and acting (playing the title role of Bisi in the 1977 Jab Adu-directed flick, ‘Bisi Daughter of the River’ – critically acclaimed as the biggest grossing African movie ever).

She had also won the ITV talent show ‘New Faces’ in 1978 and after that embarked on a successful recording and television career, including running her series, 'The Patti Boulaye Show'. However, most of what we know about her background and upbringing stem from sketches, mostly uncorroborated snippets from the tabloid media.

“The Faith of a Child”, her autobiography, was published early in spring 2017. The 352-page book gives a vivid account of her childhood, growing up into the teenage years and later on, an insight into her career as a professional artist and her marital life.

An admix of decent familial accounts oozing love, devotion, togetherness and camaraderie, her narrative is also spiced with bleak and challenging stories, especially recounts of her parents' bitter divorce and the gruesome accounts of the Nigeria civil war (1967 – 1970) during which she almost lost her life.

There is a point at which Patti’s autobiography becomes every person’s narrative. The war accounts and political upheavals in Nigeria (stretching to the Kwame Nkrumah years in neighbouring Ghana) are told in great details. There is also grieving in the family with the loss of her siblings: two elder brothers – Johnny and Tony, the latter in a plane crash, and her sister, Rosaleen. Then are included her experiences in the UK entertainment industry of (especially) the 1970s. All of these are touching and would resonate with many of her readers. But daunting as these challenges are, we are presented with a glimpse into the journey of a woman with an incredible strength of character who stoically worked her way up and with an astounding elegance.

Written with such a compelling force and attention to details, readers would no doubt be bowled over by her delicate attachment to the twin factors of childhood innocence and unwavering faith. Against the many unnerving twists and turns that seem to dot her life's story, Patti's firm belief, attributed in large doses to the devout Catholic upbringing, sees her in triumph. It is also a reflection of her loving but strict mother, who played more than a significant role in the training of all the children. Sharing and caring could as well have been the household's mantra, a testament to the attitude that Patti has brought to bear on all aspects of her personal life and career.

Wherever the reader’s childhood might have taken place, and irrespective of what might have constituted the rites of passage to adulthood, every conscious mind will identify with one strand of emotional experience or the other in "Faith of a Child", the autobiography of Patti Boulaye.

As her life’s story continues, perhaps a follow-up volume should be published by this amazing woman who has captivated her teeming admirers for decades with the totality of her artistry – whether in singing, modelling or her stage career. And in recent times, Patti Boulaye has added a few other laurels, most notable being her involvement with charitable causes.

Her charity, Support for Africa (SFA) which launched in 2001 at the Royal Albert Hall with 3000 gospel singers and a horde of celebrities, has built five health care clinics and a school in Africa. The year 2017 also marks Boulaye’s foray into the academia having been awarded the Visiting Teaching Fellowship of the Middlesex University Business School Faculty of Professional and Social Sciences.

And she is still performing: 2018 is dotted with a litany of tour dates and booking availability for show appearances. She sure will delight and inspire multitudes even with a continuity of her extraordinary odyssey and exemplary accomplishments.

In “The Faith of a Child’, Patti Boulaye weaves the story of an incredible journey of remarkable faith in God and belief in self. Millions of people around the world who admire her huge talents and the elegance that she has brought into her arts will love her the more, even as they find her life’s story relatable and inspiring.

An evocative book that is bound to take the average reader back into their childhood, the simplistic style and flowing prose are tempting factors that make this autobiography as compelling as it is inspirational.

Patti Boulaye weaves the story of an incredible journey of remarkable faith in God and belief in self - a personal account that readers will enjoy for its insight and inspiration.